“When they invent the transporter on Star Trek, then the Internet will be a real threat.” Jerry Storch 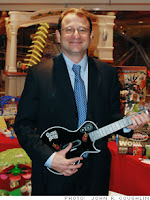 I had planned a lot of important posts for this week and then I got sick and now it is Friday. So in honor of the end of the work week I felt a fun post was better than the usual so here we go.

Now I have written before of geeky things being posted on the net because I believe if you understand the geeks of the planet you will understand why technology is the way it is. So to proceed, if Monty Python is the North pole of the geek world then Star Trek must be the South pole. Star Trek for many is the reason they got into computers or at least pursued it in some manner. For years watching the old glorious series was a pain that involved purchasing a huge library of videos. In fact , growing up, a friend of mine Josh owned all the episodes on VHS that took up fully half of his room. Even on DVD it is an investment and a storage issue but thankfully another problem has been solved. CBS just uploaded the entire original series to YouTube. There are full length commercials but this isn’t too bad. The quality is not HQ but it is acceptable. I do like the added feature if you want to keep it small to dim the brightness of the usually way too bright YouTube page. I know I have talked many times about TV on the net but this is increasingly how people are watching TV. So on this Friday take a small adventure into space during your lunch break.
I have to say it Live long and prosper.

Since I am doing a frivolous post I might as well finish it off with the theme to Friday the 13th.