“If you want things to stay as they are, things will have to change” Giuseppe Tomasi di Lampedusa 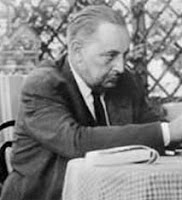 OK Vista is here and with it comes the 2007 version of Office. To be truthful I am not a happy camper and I am telling some friends to use open source software instead. However the planet uses Microsoft Office products and it will be a while before it migrates to something else. One reason I am not a fan is not because it is an inconvenience to me but rather because I think this does not help new computer users. As an example: I use keyboard shortcuts constantly to speed up my work. If you not familiar with them, an example would be a combination of the CTRL (control key) and the letter B to make something bold. This is fast, easy and I have a handful memorized so I can cruise on quickly through my work. Many new users look at someone who is using these shortcuts as if they have memorized the entire machine when in fact it is written in all of the pull down menus waiting to be learned. The divide between new users and old users is not always too far away when the info is present for both groups. Unfortunately in the 2007 version they took all that away. Below is a quote from Microsoft.

If you're still unconvinced and you just want your old shortcuts back, then rest assured: Most of them will still work. However, you'll need to know the full shortcut from memory. There are no on-screen reminders of what keys you need to press.

This means that a new user must look them up somewhere online or grab a book. This is unlikely. Now in defense of 2007 they do have a way to see something like a keyboard shortcut which is using the ALT key. The new shortcuts involve a series of keys rather than a quick combo. To understand more Microsoft has a site devoted to help you learn some of this stuff. A good portion of it is narrated so have speakers on. Give this a try to learn some of the new shortcuts.

As time goes on and my research continues I hope to show some quick fixes for the new system and highlight some of the good points about .