“You know an odd feeling? Sitting on the toilet eating a chocolate candy bar” George Carlin 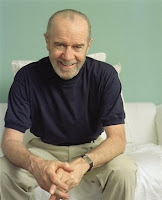 hen was the last time you ate a sandwich in a bathroom or more specifically on the toilet? I haven’t either (fine one time but I was hungry) but I bet you eat at the computer. Is that a yes? Well it would be better to eat off of the toilet. It seems our keyboards are far grosser than imagined. They contain a whole myriad of bacteria and viruses, yum. An English company, called Which did a study for Geek.Com, found that keyboards are five times dirtier than the toilets. They have bacteria like Staph which can cause skin infection and food poisoning. Alright so you are sufficiently grossed out and you’re looking at the keyboard like it’s a horrible monster so what now? Well several things actually. First ThinkGeek carries a product called Cyber Clean, which is putty specifically designed to clean your keyboard and mouse. It seems to do a great job cleaning and states that it kills 99.99% of bacteria plus it can get into the crevices. There are also plenty of websites with instruction as well. DO NOT USE WATER! It seems obvious but people will do strange things. Lysol, The company known for cleaning bacteria, makes wipes that do a nice job. No matter what you choose unplug the keyboard before starting. I always like to start with the simple flipping the keyboard over and tapping it from the back. You’ll be amazed at the amount of crumbs and other neat things that fall out. So before you reach into the bag of chips at your computer think twice.
Don't forget the mouse! YICK!
at March 01, 2011