"The safe way to double your money is to fold it over once and put it in your pocket." Kin Hubbard 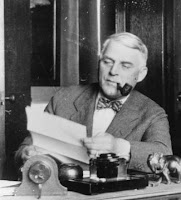 Want some free money? OK so I’m not giving away money but I will introduce you to some sites that will help. The first one that has saved me a bundle on music is Dealnews. This site has a ton of categories that you can choose from. They seem to scour the net so they can present you the very best deals. I tend to jump on the free ones. (I’m cheap) From technology to clothing, they seem to have it all. They turned me onto Amazon’s free music list which has almost 2500 free, legit, music. They’ll even give you local discount on restaurants and other deals closer to home.
The other site is Groupon. My friend Nate turned me onto this one. You sign up and they take your zip code and assign you the closest large city. In my case it was either Providence or Boston. Both are not exactly close but I’ll take what I can get. Groupon will present you with a limited time offer that will be something like buy a coupon for $15 dollars that is actually a $30 dollar coupon at a restaurant. So in effect you get double your money. You print out the coupon and bring it to the place. It works nice and easy. I do have a couple of issues with it as much as I like it. First it requires a bit of preplanning, which I am not the best at. Also because the range of locations is so large you might get a deal an hour away. I guess that’s fine but I’m lazy but I am not running out the door for that one. You can specify the types of deals you want like food and museums and not health and beauty stuff. However it doesn’t seem to listen to those preferences. I got two for liposuction. I took it personally.
Anyway I recommend trying either one at least for a bit just to see the one you like most. I should mention that Dealnews also covers coupons from Groupon as well.
at February 03, 2011