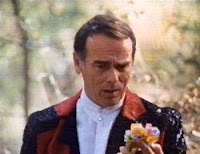 The iPhone. Frankly what more can I add after countless magazines, papers, and blogs have reviewed it. I decided I could only review this product if I gave you a bit more about my thinking . I have always wanted to know stuff first. I don’t mean just the news I mean everything. As a kid I would bring a watch with a radio embedded in to so that on field trips I would be the first to know about problems with weather, traffic, plague…This never once helped and yes I was that geeky but I always believed that Luck does favor the prepared. Now that I am older I desire a device more like the Hitchhikers guide to the galaxy or Ziggy from Quantum Leap. I know these are fake but a geek reads it in a book and says someday or he makes it himself. Now you know what I wanted from a device you should understand the review. When I got the iPhone I was on a new gadget high. You know the type of thing were all you do is going around saying how great it is and you haven’t even turned it on yet. I then was hit with the buyers remorse of I can’t believe I paid so much for a device (199 plus contract). This did not last long because once I started playing with the options and the features I started to be truly excited. Now let me say that they are on their second generation of the phone and second version of the software and they finally did it. When I say they I of course mean Apple. They truly came out with a superb product. The phone and iPod functions all work and are fairly standard but my true happiness with the device stems from the APP store. At any time I can add another function to the phone. I have to bring in another movie reference here. It is truly Matrix style. When in DC I wanted to know what was around me at any given moment. It took just minute or so to find a free application on the app store and download it. Once installed on the machine I can use the GPS to look through all Wikipedia files to see what is truly around my EXACT location. That is how I found I was close to the steps used in the Exorcist. It doesn’t have to be all monuments to history you know. The app store has tons and tons of software you can add to your phone for free or pay. Also I can add them without ever touching my computer at home. The ability to add new stuff to the iPhone is it’s true major capability for me anyway. Also the sleek design, gorgeous screen, and easy to use system helps as well. Now would I recommend this to everyone? The Answer is NO. If you are looking for a simple machine to do email and make phone calls or a more business specific machine I might say blackberry or the new set of Google’s phones instead. There are missing features that many people do need. To give you a small list of missing stuff. Cut, copy, paste, distribution lists, flash and few others are still in the works. So far I am willing to work around these shortcomings but I do recommend to anyone to read what it can do and decide by that instead of getting sucked into the Apple mystique. Buy a gadget because it suits your needs and not because it is a fashion accessory. I ask anyone to add any of their experiences they have had or have seen about the iPhone.

One last thing. If you already have a phone that you like or are hooked into a long contract but you still want the same experience pick up the iPod touch. It is cheaper and had has most of the capabilities of it’s big brother. It is just another option out there.
at January 28, 2009