“Surely We established him in the land and granted him means of access to every thing.” Quran 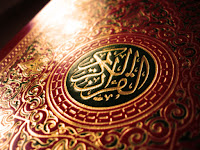 P2P and torrents and other file sharing methods have sparked a debate about internet service providers (ISPs). Some providers are considering or are policing their bandwidth looking for wrongdoers. Now a bit of information is needed. In the infancy of World Wide Web ISPs fought desperately for the right not to police their networks. The argument was simple at that point. The web was thought of as a network where thought and action would really not be restricted. The ISPs argued that in the same way the phone was unrestricted so should the web be. I can talk to family or I could make a drug deal over the phone. Policing that is close to impossible when you have so much traffic. I know things have changed in philosophy and technology since then but let’s continue. Lawmakers agreed and let it be with some policies coming out against the decision. As I said philosophies have changed. Companies and organizations like the RIAA have put pressure on ISPs to curb illegal downloading. So some ISPs have begun to if not block certain activity then throttle the amount of service used for these activities. The main problem is that as time goes by many of these activities that were once illegal will become legal with the support of artists and companies looking to provide a new services or ways to get their works to the customers. Also, in the same way a phone system is used, how do you decide what is restricted? The thought is that once some restrictions are put in place others based on political or moral bias will follow. There are cases of this with text messaging and website access currently. This debate is not old news. It is being argued now by lawmakers, companies, and the public. If you are a computer user you should be aware of these conflicts no matter what side of the debate you fall on.

That ends our little foray into the greyer side of the web. I hope this has added a bit more knowledge to the discussion.